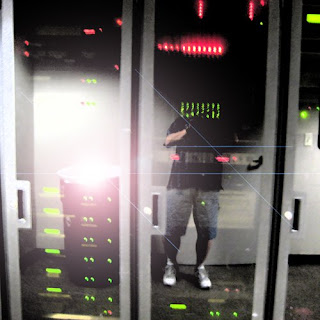 I was in the basement yesterday and I uncovered the old Fox 97 Time Machine. A little tinkering here and there and guess what? It still is in working order. From now on though it will be known as the Spiff Happens Time Machine. Anyway, I cranked that baby up and you can't imagine what kind of crazy news stories I found in the future. Just look at these ...

August 2008: In a surprise move at the Democratic National Convention, delegates voted for a joint presidential ticket of O’bama-Clinton where, if elected, O’bama would be President Monday, Wednesday and Friday while Clinton would be Commander and Chief on Tuesday, Thursday and Saturday. Sunday’s would alternate between Edwards, Kerry and Gore … Lesley Gore.
September 2008: The first Presidential Debate between O’bama and McCain (the debate was on a Wednesday) was a huge ratings disappointment as superstation TBS garnered almost 90% of viewers with a “Different Strokes” marathon.
October 2008: The scariest and most popular Halloween costume of the year was that of Oil Company Executives.
November 2008: In what was considered a mild upset, “None of the Above” won the Presidential election over McCain-O’bama/Clinton.
March 2009: After two months of “None of the Above” running the country, gas prices had fallen to $1.73 a gallon, the Iraqi war was winding down with troops on their way home, the stock market broke the 15000 barrier and “Different Strokes … the Movie” smashed all box office records.
Posted by Spiff at 8:12 PM

I don't expect many of these "News of the Future" updates. After all the "Spiff Happens Time machine" only gets 9 years to the gallon (6 in the city).