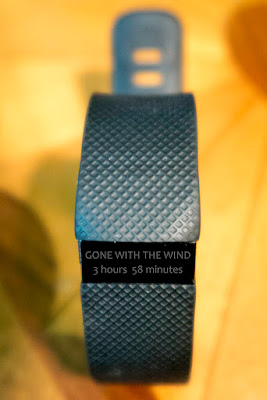 I’ve been experimenting with this for months and finally have a working model. I “MacGyvered” my Fitbit into a SlugBug. I now accumulate points while sitting at the computer, laying on the couch or just being a sloth. At the end of the day the readout on my SlugBug shows me what movies I could have watched while being a couch potato. For example, yesterday I was inactive long enough to have seen “Pearl Harbor” (3 hours 3 minutes), “The Lord of the Rings: The Two Towers” (2 hours 59 minutes) and 3 episodes of “Modern Family.” At the end of the week (if I accumulate enough laziness points) I get a free Netflix movie. I will let you know when I get out of the Beta-Testing stage. SlugBugs will only be sold online and delivered to your front door, because who would ever want to get their fat butt off the couch to drive somewhere to pick one up? Look for me soon on “Shark Tank.”
Posted by Spiff at 3:23 PM 3 comments:

If you want to see a real #GameofThrones ... put 3 people prepping for a #colonoscopy in an apartment with only 2 toilets. #LetTheFunBegin
— Spiff Carner (@spiffhappens) June 27, 2016

I had a bad case of #Brexit in college. Itched like heck and took almost a month for the rash to completely disappear. #EU #GreatBritain
— Spiff Carner (@spiffhappens) June 24, 2016

The Mark of Mogill

I first saw the news on Facebook. One of my former teachers had passed away. Not just a teacher … my favorite teacher ever. Mr. Mogill was my Physics teacher in high school. I was in his class for just one year. But, what a year it was! I can still see him pacing back and forth in front of the classroom wearing a white shirt, sleeves partially rolled up, with his hands shoved deep into the chalk stained pockets of his black dress pants. Intelligence, humor and kindness were the tools he used to teach a classroom full of teenage know-it-alls. And teach us he did. Not only about physics, but about life. Mr. Mogill respected each of us and expected that we respect him in return. He also demanded 100% of our attention when he was in the midst of an important teaching moment. My most vivid memories happened at this time. With his back to the class while furiously writing on the chalkboard, Mr. Mogill’s superpowers awakened. His all-seeing eyes in the back of his head would focus directly on the student paying the least attention to his lesson. Then, with a ninja-like quickness, Mr. Mogill would suddenly pivot, and what I can only describe as “High Noon” meets “The Matrix” … he would quick-draw a chalkboard erasure from his pocket and project it toward the hapless kid who was giving him “no respect.” SMACK-PUFF! Chalk dust filled the air and for one shocked student, the “Mark of Mogill” could be seen as a rectangular white powder outline dead center on their chest. How Mr. Mogill never missed the intended target and how others in the class were not victims of “friendly fire” is a physics lesson in itself. I remember thinking to myself, “how could this old teacher be so quick and agile?” Of course, I now realize that Mr. Mogill was only 29 years old when I was his student. He was just 12 years older than me at the time. I am sorry that I never made the time to personally thank Mr. Mogill for that magical year and for the life lessons he taught me. But, I can proudly say that, on more than one occasion, I went home with that chalk erasure outline on the front of my chest. More importantly, the true “Mark of Mogill” has been and will always be with me. Rest in Peace Mr. Mogill.

We have met the enemy, and they are us.

I have been watching the news, listening to the news, reading the news and following social media. I am saddened by how Americans are treating each other. There is a huge divide in the country and I believe that more people know the meaning of the word “twerking” than the meaning of the word “compromise.” Unity is out … “my way or the highway” is in. Let’s forgive our enemies, but not our neighbors, seems to be the “in thing” to do. I am right … you’re an idiot. My facts are 100% undeniable … your facts are nothing more than lies. In my opinion our political leaders and the media shoulders much of the blame. The nation’s capital appears to be a large daycare center filled with spoiled children that do not or cannot get along with each other. The media gives me the impression that with almost every news story they must add their own commentary and/or slanted view because they believe that the average citizen is not smart enough to form their own opinion. A line has been drawn in the sand and heaven forbid either side should approach that line and offer to have an intelligent discussion about the problems facing this country. I imagine that our enemies in this world are gleefully watching us destroy ourselves from within and thinking to themselves … “I guess it is true, ‘Divide and Conquer’ does work.”
Posted by Spiff at 5:02 PM 1 comment: 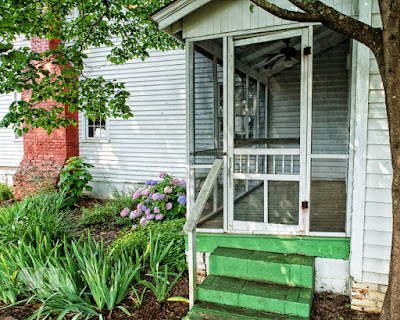 It’s sunny … it’s hot … I’m sweating … I’m thirsty. I close my eyes, I feel the warm breeze, I hear the squeak of the screen door opening and the snap of it slamming shut. I smile as I remember my grandma coming to my rescue with a large, refreshing glass of ice-cold lemonade. I touch the icy glass to my forehead, my smile widens, and that first gulp of lemonade sends shivers through my body. I open my eyes, no grandma in site, no lemonade to be found. So … I pop open a beer.
Posted by Spiff at 3:11 PM No comments: 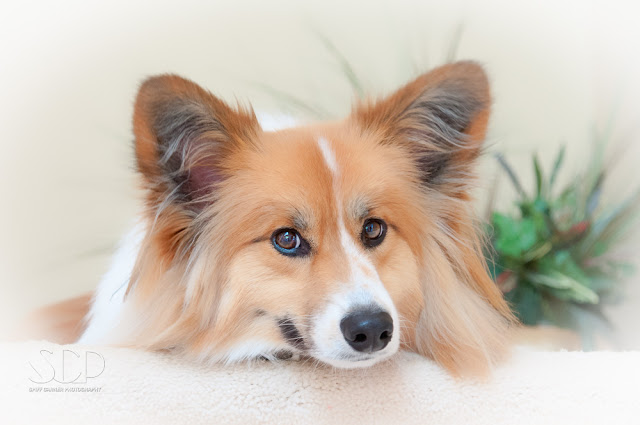 I think whatever #candidates spend on their #Campaigns , they should match that amount to help reduce the federal deficit. #Elections2016
— Spiff Carner (@spiffhappens) June 8, 2016 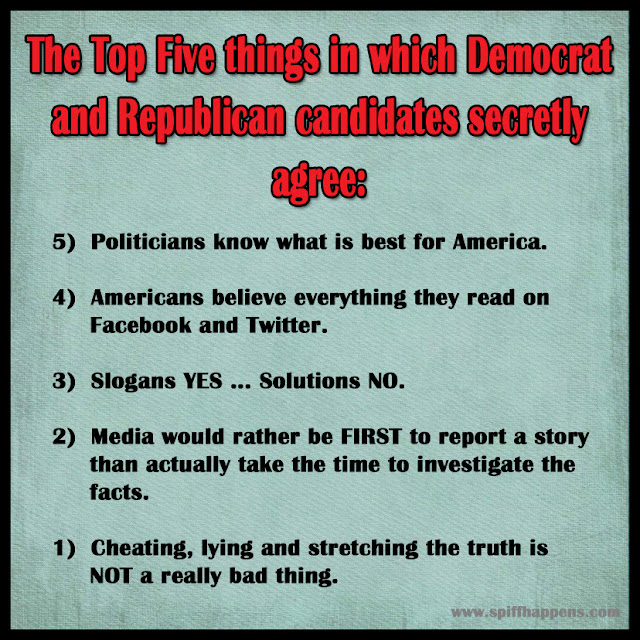