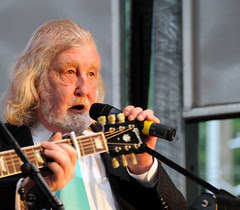 "We are deeply saddened to report that some time after 8:00 p.m. last night east coast time, Gordon Waller went into cardiac arrest and was taken to the emergency room. Despite intensive efforts on his behalf by hospital personnel, Gordon passed away early this morning. Please keep him in your thoughts and prayers."

"Peter & Gordon" appeared May 9th in McDonough as part of the "Sounds of the 60's ... British Invasion" concert. Click here for the True Oldies slide show of that concert.